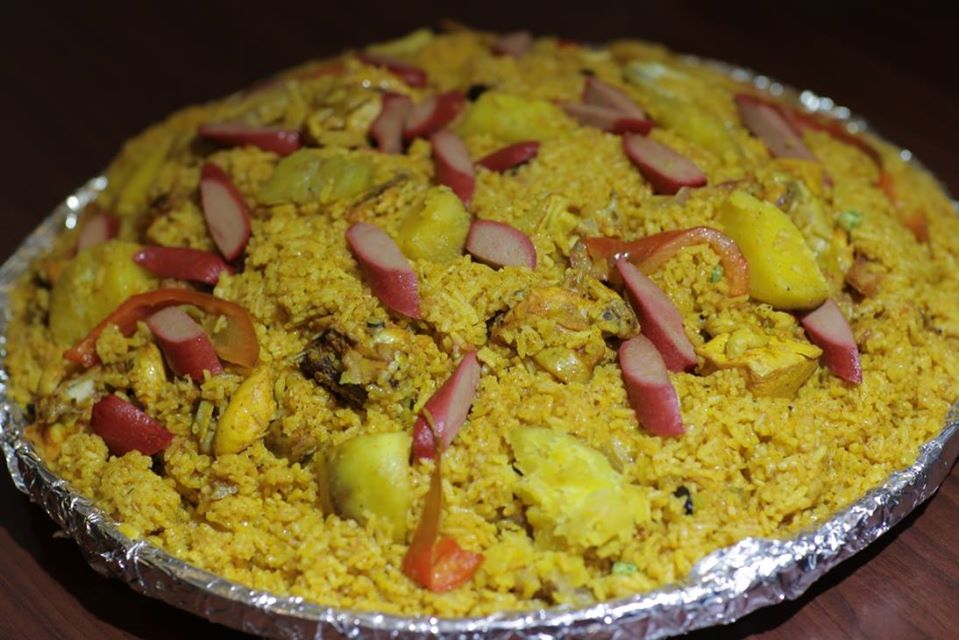 Paella is a Spanish dish that became part of the Filipino culinary heritage. For a country that celebrates fiestas in virtually every town in the Philippines, paella is a favorite among other dishes served in the dinner tables of families. It is arguably one of the hardest dishes to cook due to the length of time required and meticulous preparation of the dish.

The main ingredient of paella is cooked rice mixed with saffron, regarded as one of the most expensive spices in the world. Saffron gives the cooked rice its yellow or golden color. Paella is typically served in a paellera or a big flat-bottomed vat that is 24 to 36 centimeters in diameter.

Different versions of paella were introduced to the Spanish colonies. There’s a vegetarian variant called paella verde, which is mixed with green bell pepper, asparagus and broccoli. A tinted version called paella negra uses squid ink instead of saffron to color the rice black. However the Valenciana variety, which came from the city of Valencia in Spain, is the popular variety in the Philippines because of its festive combination of ingredients such as tomatoes, onions, hard-boiled eggs mollusks, squid, prawns and crabs. Rabbit or duck meat is even included on certain occasions. Paella Valenciana is also a popular variant in Latin American countries such as Nicaragua and Chile.

The town of General Trias in Cavite has created its unique signature version of the paella valenciana, called arroz ala valenciana Gentriseño, mainly because chicken is used as the main meat instead of seafood, and substituting the more expensive saffron with annatto (atsuete) and coconut milk (gata). These local ingredients, together with the familiar elements of rice, longganisa, legumes, potatoes and vegetables are then cooked and come together in a bilao instead of paellera, and covered in banana leaves to preserve flavor, smell and heat.

The cooking tradition of arroz a la valenciana Gentriseño dated since the Spanish times, but it only became popular during the 1980s when homes started to cook the dish and sell it at the public market. Restaurants by the dozen have cropped, and cooks from the town have brought the recipe into Manila, where it gained further popularity. The dish became the town’s top tourist draw that prompted the former mayor Luis Antonio Alandy Ferrer in 2009 to celebrate their town’s cuisine with the annual Valenciana Festival every December 13th.

Every celebration of the Valenciana Festival draws the best cooks from all thirty-three barangays in the town to compete for the best and most experimental arroz ala valenciana recipe. Today, the town of General Trias keeps the culinary legacy alive in a celebratory feast at an upcoming city whose government punctuates with outstanding growth and development.

Marinate chicken with patis and set aside. In a large stock pot, boil liempo with salt in water until meat is tender. When done, remove pork and reserve the broth.

In a large wok, heat cooking oil and sauté atsuete for 3 minutes until infused with color. Remove the seeds and discard. Add butter and sauté garlic, onions and longganisa, followed by marinated chicken. Once chicken is fully cooked, add the boiled liempo and peppercorns and season with patis to taste.

Pour in coconut milk and bring to a boil, then stir in tomato sauce and catsup. Pour in reserved pork broth, add potatoes and return to a boil. Add jasmine rice and stir continuously until the mixture thickens. Spread green peas, raisins, hot dogs and red bell pepper on top, and cover entirely with banana leaves. Reduce heat, stirring every 10 minutes to ensure even cooking, until rice is tender. Serve in a bilao covered in banana leaves. (By Joel Aldor) 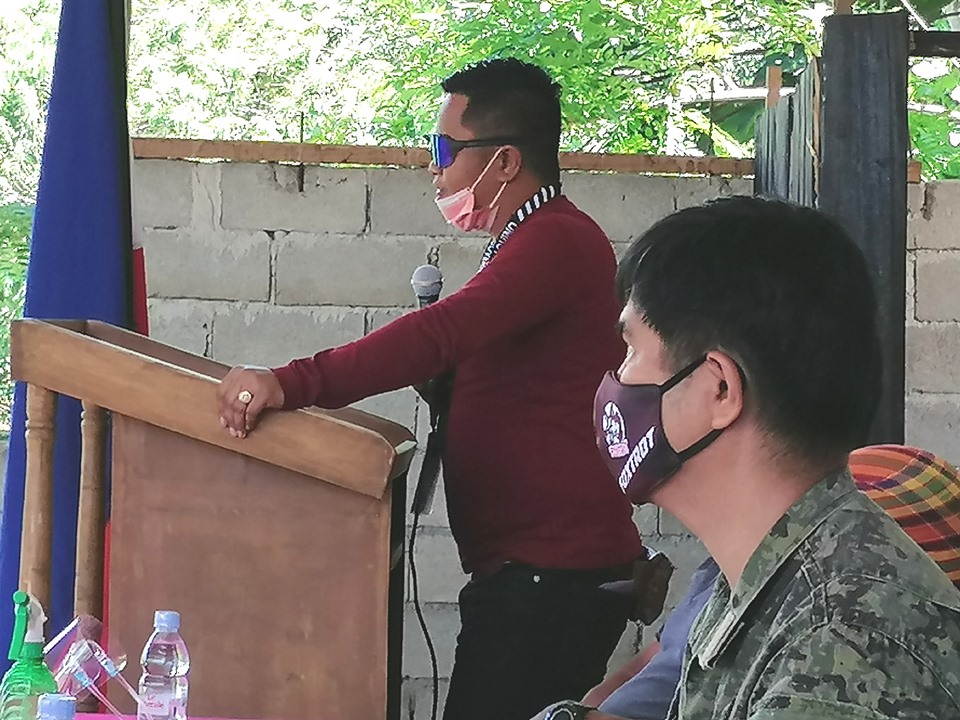 Next post Mayor Ecija builds bridges of peace in IP communities through RCSP of AFP, PNP

[Written by Ryan Mark Garcia] Most parents tell their children to eat as much green, leafy vegetables as much as...