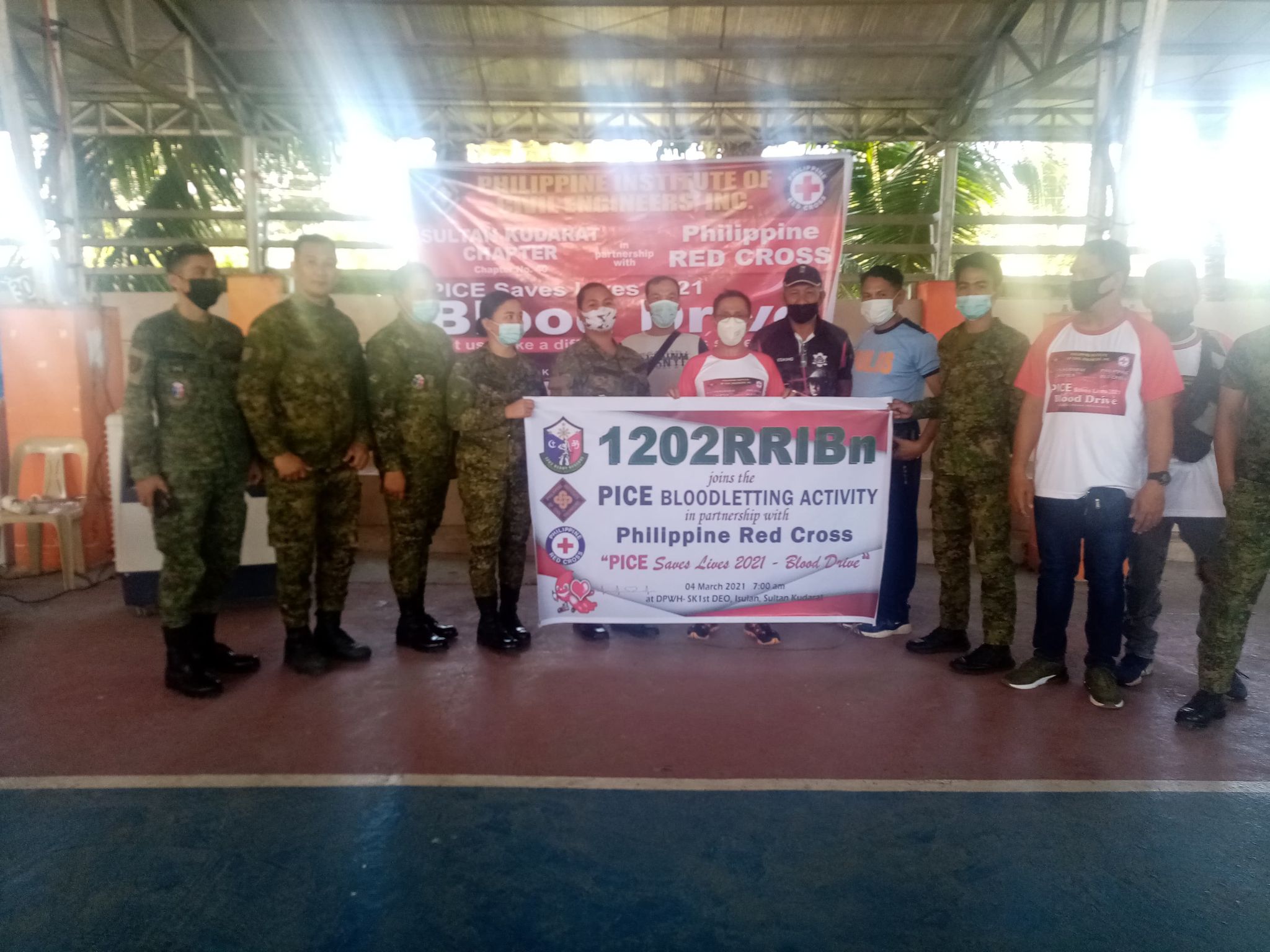 Major (Engr.) Alihar A. Mama, designated administrative officer of the 1202nd RRIBn based in this town, said the battalion’s participation clearly showed that reservists are not only protecting and defending the nation but also saving lives.

The 1202nd RRIBn is under the command of Lieutenant Colonel Suharto “Teng” Mangudadatu, PhD, who is also the incumbent governor of Sultan Kudarat province.

The 1202nd RRIBn is under the supervision of the 1202 Regional Community Defense Group (RCDG) of the Army Reserve Command (ARESCOM) of the Armed Forces of the Philippines (AFP).

“Reservists are donating their blood because they want to save lives. Saving lives are part of the duty of a reservist,” said Engr. Mama, who is the Assistant District Engineer of DPWH in the first district of the province and the president of PICE–Sultan Kudarat chapter.

The said blood donation drive was held at the covered tennis court of the DPWH–SK 1st DEO.

Major Mama said they joined the PICE–initiated blood donation activity because of the nobility of its purpose. A PRC staff told DIYARYO MILEYO that they collected nearly 15,000 cc of various types of blood from the 30 donors. (RASHID RH. BAJO/Photo credit to Phillip Joey Magbanua Dela Cruz of 1202nd RRIBn)

Next post Women! Get More Love By Giving Less