A plumber’s work in any type of house and/or structures, ships and airplanes may be a dirty job to others, but this kind of specialized training and skills are limited only to a registered and licensed master plumber who has valid license to managed and supervised the plumbing installation of all plumbing system in all buildings and structures. The main objective of this, is to properly protect the health and hygiene of every individual, as well as our environment. With this trying times of COVID 19 pandemic, the role of plumbers are very important to provide clean water to every facilities for hand washing and to provide clean and well functioning toilet and bathroom in hospital or quarantine facilities, and other treatment hub, and the wastewater shall be connected to an approved type of disposal system.

Some may think that plumbing occupation/profession, could only be a stepping stone for a higher professional achievements, but to this man who poured out his passion and dedication in his plumbing practice, as early as in his twenties, would like to elevate it into a higher notch, keeping his mission and to discover new innovation in the practice of plumbing profession in the Philippines, even if he is now in Sixties. As one of the authors of the Training Regulation (TR) for Plumbing National Certification I, II and III, jointly developed with the TESDA curriculum expert group started in September 2003, and later approved and promulgated by Tesda board in July 2005, this courses were very much successful when it was implemented in all Technical Vocational Institutions (TVI ‘S ) all over the Philippines, and for Grade 11 and 12 Senior high school, benefitted this courses.

Mr. Cabael is currently the National President of The Philippines Society of Plumbing Engineers, assuming the post to lead the Society in the second month of the pandemic, on April 17, 2020. This was a test of time and determination. With so many movement restrictions all over the country, limiting the conduct of conferences, seminars, and other face to face activities for Luzon, Visayas and Mindanao .But this man did not bother to be affected, he rise up and find a way to raise funds to continue the operation and existence of the association adapting new technology using online platform through Zoom conferences and seminars.

“Plumbing is all about health and hygiene.” and the Society’s objective is to recognize plumbing as a profession. This particular profession was regulated by Republic Act 1378, otherwise known as Plumbing Law in the Philippines, enacted and approved in the Third Congress of the Philippines in its second session. On June 18, 1955 , it was signed into a Law by then President of the Republic of the Philippines, Hon. Ramon Magsaysay Sr.

Section 2 (a) of this Act, allowed only a Registered and Licenced Master Plumber, holding a valid and unexpired licenced to practice services in the form of Consultation, Designing, Preparation of Plans and Specifications, Estimate, Erection, Installation and Supervision of Plumbing Works, the Inspection and Acce;tance of Materials used therein; Extension and Alteration of all pipings to fixtures, Hot and Cold Water Supply System, within or adjacent to any building, Storm Drains, Sewerage System of any premises and/or in connection with any public disposal or any acceptable terminal.

The notion and understanding of others in their own opinion and perspective, that a Master Plumber is only a high school graduate, shall not in anyway diminished the dignity of a person holding such profession. Granting that the Law R. A. 1378, allowed a high graduate candidate to take the board exam, they failed to considered that, it includes five (5) years of actual practice in plumbing installation, or experience in this field. Actual practice or application of knowledge for five (5) years cannot be substituted by means of theory learning in college for a period of five (5) years also.

Because of love and passion of this profession, modest executive was one of the “mixed professionals” before focusing into plumbing best practices. He was a BS Business Administration graduate at the University of the East in 1982. Born to a lowly, farmer family in Western Samar, he did not let poverty discourage him from finishing his studies. While studying in Manila, he worked as a helper plumber in posh and popular hotels to support himself. He wanted to be an engineer, but it was the plumbing profession that would give him success.

“I first thought that plumbing was my stepping stone to reach my dreams. But it turned out to be a part of my heart and soul.” With a cheeky grin, Mr. Cabael points at his arm, “If you would slice my veins open, you’d see plumbing come out of them.”

Mr. Cabael developed his skill as a plumber during the late 70’s, until he was able to become an independent plumbing practitioner. His competency and mastery has gained reputation after working with various, prominent projects for decades. But despite of all of these successes, Mr. Cabael is willing to serve many for free.

“PSPE holds social responsibility projects. We would be willing to go to any part of the country where we would be asked to conduct trainings. We do this without asking any professional or service fee.”

The other projects of PSPE include building and giving sanitary toilets to calamity-affected communities. Mr. Cabael points out why plumbing is important to society, “Every man has his own system. This would be like the skeletal, muscular, and respiratory system. This is the same in plumbing, we have Sanitary, Waste and Vent System, in-charge of the disposal of solid and liquid waste from comfort rooms, Cold Water Supply and Distribution System , to supply potable water for the building, Hot Water Supply and Distribution System, for our hot water needs, Condensate waste and drainage system , for the discharge of cold water from FCU, AHU, Air-con drain , drinking fountain, and other related water effluent coming out from similar equipment and apparatuses., Kitchen waste and drainage system, for discharging of Fat, Oil and Grease. This means, plumbing system is also a part of mankind. Maintaining a clean comfort room is the same as maintaining your conscience clean. It shows that you are living a clean life.”

For Mr. Cabael, his reward for all his hard work is to see his countrymen living in modesty.

“Our work in PSPE is voluntary in nature. What’s important is that we are able to help many. And when you help others, God will also help you.”

In his zeal for helping others, Mr. Cabael has once served as a barangay chairman in the 6th district of Manila from 1997 to 2002. Yet, the time came again that he returned to his first love. In 2004, he founded his own contracting company, AAA Plumbing Services, Inc.

Family has always been Mr. Cabael’s inspiration for success. In fact, his company was named after his three industrious daughters, Aileen, Almira, and Anabelle. However, none of them had followed their father’s footsteps. His firstborn son would have been the one who had succeeded in carrying his torch if tragedy had not stricken recently.

It was December 15, 2015, when Lawrence Albert, Mr. Cabael’s only son, had passed away due to an unknown illness. At the age of 28, the promising young man was ready to take over the management and operation of the company, but the time was taken away by unknown reason also. His sudden passing was a shock to the family. Mr. Cabael tried to keep an unshaken expression when he shared his pain in this heartbreaking moment.

“When I experience unexplainable instances in life, I can’t ask God why did this happen. All I could do is cry.” Despite of the ache, Mr. Cabael managed to smile, “I don’t want to push myself at work to forget the pain. What I always ask is the courage and strength to overcome this grief.”

Mr. Cabael is a man who would not be easily brought down by the trouble and hardships of life. These instead had made him stronger and wiser. Until now, he remained focused in his job and he is always ready to give his full potential so others can live out the best in life.

“It’s normal for everyone to experience hurt and anger. But don’t let that rule over you. You should take control of your life because all things shall come to pass. There may be people who would want to hinder you to reach your dreams, just ignore them. Because what’s important is that you do what is right and truthful. Never blame others for the tragedies in your life. God gave us this life and we are given the will on how we should live it. Life is how you make it.” ###

One thought on “THE PROFILE: Keeping the Pipes Clean To Success” 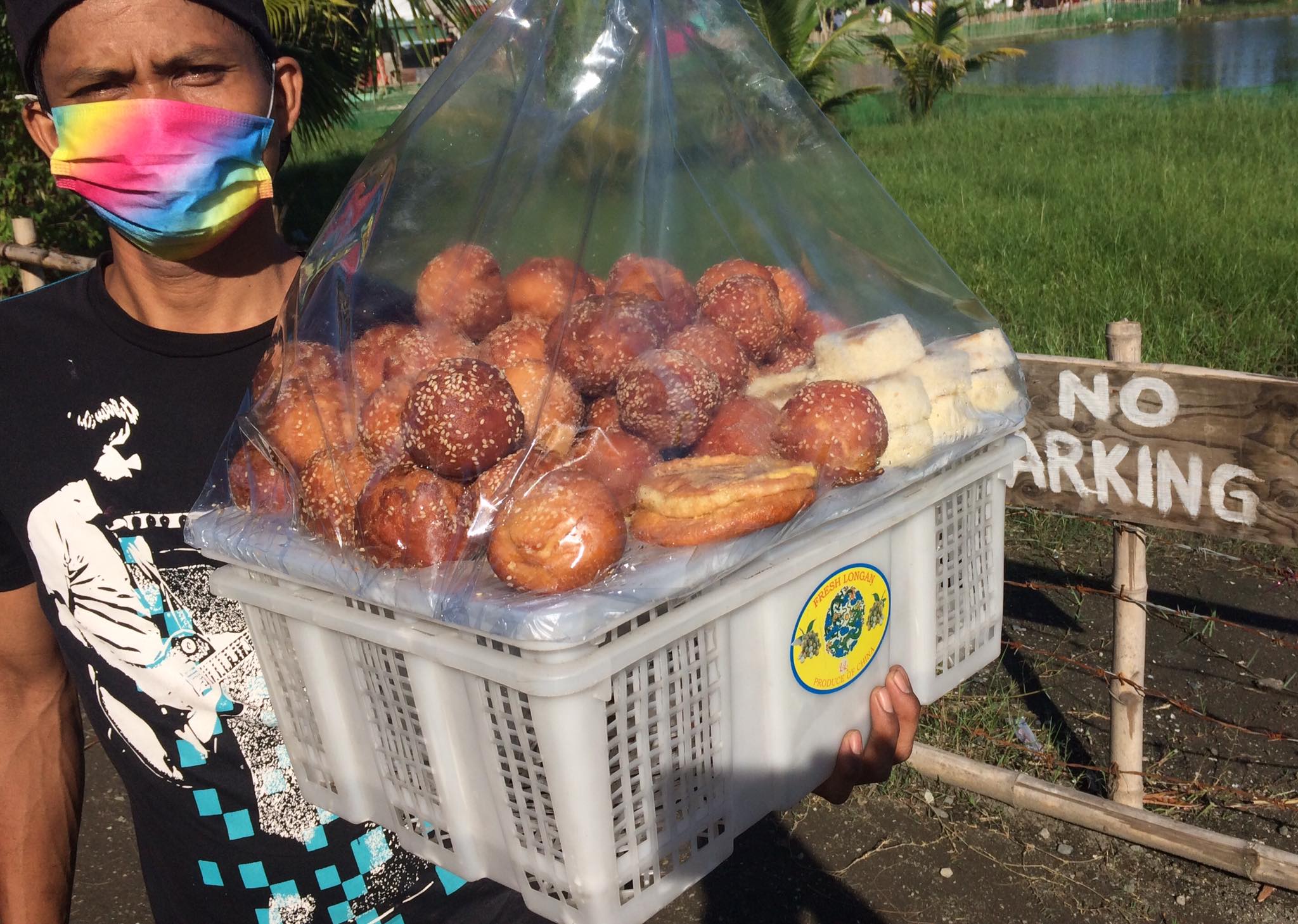