The Department of Social Welfare and Development (DSWD) expressed its condolences to the family of former President Fidel V. Ramos, who passed away yesterday, July 31.

During the DSWD flag ceremony on Monday, August 1, Secretary Erwin T. Tulfo in his message requested all officials and staff, “Let us pause for a moment in silence to honor the passing of the late Former President Fidel V. Ramos who passed away last Sunday, and also pray for the souls of those who perished in the Northern Luzon earthquake.”

Furthermore, the Department’s flag is at half-mast as a sign of solidarity with the nation, which has lost a former leader who led the country towards development with his positive energy and a ready thumbs-up for all.

President Ramos was known for his development and empowerment thrust in helping the poor, stating in his 3rd State of the Nation Address (SONA) on July 1994, that “our object is to help the poor help themselves…”

Pursuant to this, the former President launched the Social Reform Agenda (SRA) which laid out the Ramos Administration’s framework for development.  Under the SRA, it was clearly stated that the minimum basic needs of the disadvantaged sectors must be addressed through a convergent effort.

This gave way to the development of the highly successful Comprehensive and Integrated Delivery of Social Services (CIDSS) implemented by the DSWD.  The CIDSS program provided a way to identify and address the unmet basic needs of the poorest of the poor.  The lessons learned from CIDSS later became the foundation of other anti-poverty programs like the Kapit Bisig Laban sa Kahirapan-Comprehensive and Integrated Delivery of Social Services (Kalahi-CIDSS). 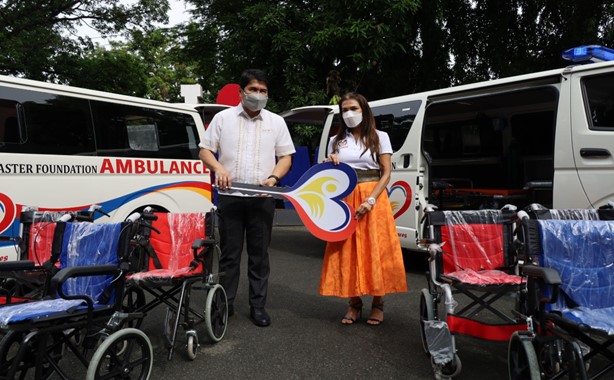