In an effort to contribute to the country’s fight against poverty, the Department of Social Welfare and Development (DSWD) has proposed to the House Appropriations Committee a total budget of Php 196,775,408,000 for 2023, including the operations of its attached and supervised agencies.

Secretary Erwin T. Tulfo said during the September 6 deliberation that “social protection concerns are among the exigent priorities in the country,” considering that the poverty incidence continues to affect millions of Filipinos, worsened by the ongoing crisis.

For the DSWD alone, the agency wanted the go signal of Congress for its proposed Php194.6 billion budget which can be broken down into four particulars: Personnel Services at Php10 billion, higher by Php1 billion from the previous year’s budget; Maintenance and Other Operating Expenses or MOOE at Php182 billion; Capital Outlay at Php1.5 billion, increased by Php800 million from 2023 budget; and Php153.1 million for Retirement and Life Insurance Premium.

The significant increase in the Capital Outlay budget covers the procurement of needed ICT equipment for more efficient delivery of social services, Secretary Tulfo shared. Likewise, it will facilitate the repairs of buildings and other facilities of the Department, particularly the Centers and Residential Care Facilities that serve as temporary shelters for many abandoned, neglected, and victim-survivor individuals.

Among its Social Protection programs, the Pantawid Pamilyang Pilipino Program or 4Ps has the biggest proposal of more than Php115.6 billion. The Secretary highlighted that the program is the flagship poverty reduction strategy of the government, which aims to “break intergenerational poverty by investing in the health and education of poor households.”

The Department also shared that it will continue to provide support to the 5th and 6th class municipalities, including those in geographically isolated and disadvantaged areas, those identified with the highest poverty incidence, and other focus areas for the year 2023, in line with the implementation of its Devolution Transition Plan.

To fulfill its mandate, the Department has presented the Unfunded Tier 2 Proposals of the DSWD for FY 2023, including the Implementation of the Centenarian Act of 2016, and the Supplementary Feeding Program.

An additional Php66.2 million was sought by the Department to serve the eligible waitlisted centenarians. The DSWD reported that for the year 2023, there are 662 centenarians in the waiting list.

Likewise, the Department requested an additional Php2.5 billion for the increase of the ‘per capita’ cost of hot meals from Php15 to Php 27 and milk from Php19 to Php21.

Meanwhile, Secretary Tulfo appealed to the members of the Committee to increase the budget for Social Pension to Php25.7 billion to implement the recently passed Republic Act No. 11916 which aims to provide an additional Php500 to the monthly stipend of indigent seniors. Hence, preventing this to become an unfunded mandate.

The DSWD requested additional funding for these programs to serve more eligible beneficiaries and to deliver improved services.

The Department also presented the current status of the DSWD workforce with an emphasis on the need for the creation of contractual/permanent positions.

The Secretary sought the support of the legislators to push the conversion of some 826 cost-of-service positions to contractual positions and the creation of an additional 37 contractual positions under 4Ps, considering that “the magnitude of services expected from DSWD” is persistent in the new normal setting.

Meanwhile, the Department also requested to increase the budget for its personnel services by more than Php1 billion to be used for the salary adjustments based on actually filled positions and to cover the fourth tranche salary adjustment.

The fund for retirement and life insurance premium was also requested for an increase of Php6.4 million.

Secretary Tulfo called for the support of the members of the Committee to approve the proposed budget and the additional funding for the year 2023.

“Through your help, we will uphold DSWD’s mission and persist in re-inventing our passion for helping our poor people with a robust mind and a kind heart,” the Secretary said. 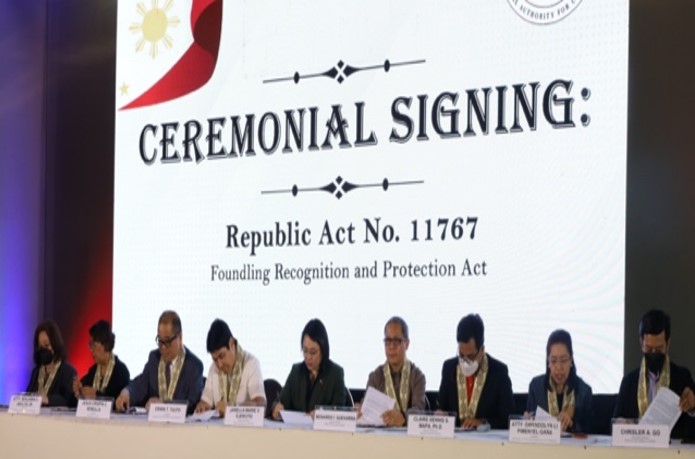