Bangko Sentral ng Pilipinas (BSP) Governor Felipe M. Medalla joined the country’s economic managers at the Philippine Economic Briefing (PEB) held in Singapore, which is the first to be conducted under the administration of President Ferdinand R. Marcos, Jr.

During the PEB’s panel discussion, Governor Medalla emphasized that the BSP is committed to promoting price stability to support the government’s broader socioeconomic goals.

“Monetary policy still has much headroom. The BSP has more than enough capacity to make sure that we will return to a target-consistent inflation path,” said the Governor. “Moreover, our banks are strong, well-run, and growing without sacrificing the stability of the financial system and safety of depositors – providing the basis for a strong domestic recovery.”

He also said that the BSP will continue to promote the stability of the Philippine financial and payment systems while highlighting the rise in foreign direct investments, the resilience of overseas Filipino remittances, and the country’s hefty gross international reserves.

In his keynote speech, President Marcos expressed his administration’s commitment to establishing “an even more competitive business climate conducive to high-value investments.”

The PEB is aimed at providing the international business and financial communities with updates on the Philippines’ economic performance, investment opportunities, and the Marcos administration’s socioeconomic agenda.

The briefing was held on the sidelines of President Marcos’ state visit to Singapore. ### 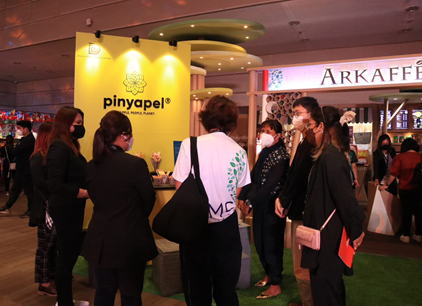