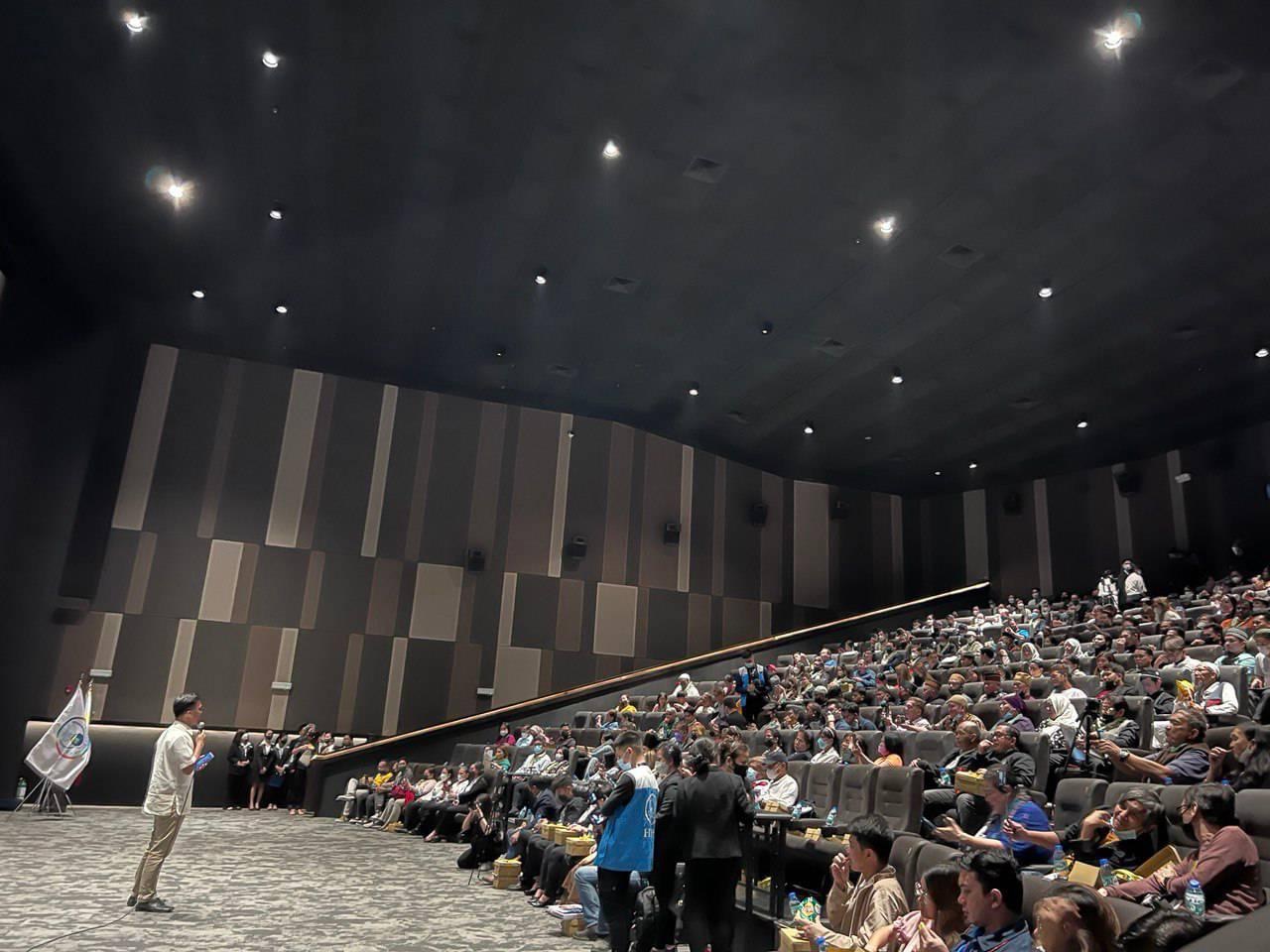 Mandaluyong City—In conjunction with the UN International Day of Peace, the screening of “Great Legacy: A Peace Documentary” was held on September 21 at Cinema 1, Shangri-La Plaza. Around 350 distinguished guests from the government, education sector, media, as well as civic society leaders, religious leaders and peace advocates attended this event. The documentary premiered in Davao City last September 6.

The documentary was produced by SMV Media Group, a broadcast company based in Seoul, South Korea, in collaboration with Heavenly Culture, World Peace, Restoration of Light (HWPL), an international non-profit organization advocating for global peace and cessation of war. The film showcased HWPL’s successful peace movement in Mindanao which contributed to the peace process in the region.

HWPL’s peace movement in the Philippines started when HWPL Chairman Lee Man-hee, a Korean war veteran, visited Mindanao. He mediated a civilian peace agreement signed by Archbishop Emeritus Fernando Capalla and then Maguindanao Governor Esmael “Toto” G. Mangudadatu on January 14, 2014 in General Santos City. Before the audience of 300 people including politicians, university professors, religious leaders, and students, the representatives promised to cooperate in ceasing the conflict and building peace especially in the Mindanao region which has long suffered the aftereffects of war.

This agreement became the starting point of HWPL in raising public awareness about peace not only in Mindanao but throughout the Philippines, based on the universal principles of mutual understanding, respect, and harmony. HWPL’s peace initiatives include law enactment for peace, interfaith dialogues, peace education, and youth and women empowerment.

In the film, Martin Lee Hojian, former chairperson of the UN Human Rights Commission of the United Nations, Homoibi, highly praised HWPL Chairman Lee, who intervened in the realization of peace in Mindanao as a third person, and the Filipino people who had a keen passion for peace. Also, Nabil Tirmage, Asia Pacific Broadcasting Development Organization program manager, said that the civil peace agreement in 2014 is an ‘amazing case of realization of peace that the world should study’.

After watching the documentary, all the attendees shouted in unison, “Peace is here in the Philippines!”

“I would like to congratulate the organizers for a well planned and executed presentation. It was really enlightening especially that almost all the countries now in the world are experiencing conflict. This is a good undertaking by Chairman Lee. Conflicts could not be solved by armed confrontation. No one is a winner in the armed confrontation. Instead, there should be more initiatives on peacebuilding to everyone so that we can really achieve peace,” said MGen. Melquiades Feliciano (ret.), National Program Management Officer of the United Nations Office of Counter-Terrorism, after the event.

SMV Media Group announced that the documentary film will be accessible through various channels in different countries including broadcasting stations and multiplex theater.