Osaka,Japan (28 September 2022) – The Philippine Consulate General in Osaka and its trade and investment section, the Philippine Trade & Investment Center, recently featured two of the country’s top artists and designers at the Fashion Philippines Showcase at the Fashion Goods and Accessories Expo 2022 during the 3rd Lifestyle Week to be held in Osaka from 28-30 September 2022. The Fashion Philippines booth was officially opened by Consul General Voltaire D. Mauricio in a ribbon cutting ceremony held during the first day of the show.

The Philippine fashion showcase introduced contemporary Philippine fashion and design to Osaka’s highly sophisticated and discerning fashion scene, in a sustained bid to bring attention to the country’s creative sector and how it can enter into strategic cooperation with the Japanese fashion industry.

The objective of this event is to create awareness in Japan for the country’s globally sought-after creative sectors, particularly in fashion and design and to encourage collaboration with industry players that may need to supplement their capability by partnering with Filipino artists and the fashion industry. Falling squarely under the Consulate General’s economic and cultural diplomacy mandates, the initiative combines the promotion of contemporary Filipino art and culture and in showcasing their potential for sustainable economic.

The Philippine Trade & Investment Center (PTIC) in Osaka organized the Philippine Fashion Showcase on behalf of the Philippine Consulate General. PTIC Osaka officially represents the DTI in western Japan and with the holding of this event, aims to develop sustainable and continuing business engagements for the participating designers, and to kick-off the sector’s market entry in order to cater to Japan’s highly lucrative market and to create impactful exposure, market awareness and to build sustained momentum as early as now in the Japanese market, especially as Osaka prepares to host the World Expo in 2025.

This initiative is in parallel to continued sustained efforts initiated by the Philippine Trade and Investment Center in Tokyo of the Philippine Embassy in Japan. In addition, the event aims to form alliances, partnerships and collaboration between the Filipino artists and Japanese fashion stakeholders, and to develop engagements with market specialists, representatives and agents who could represent Filipino designers in the Japanese market.

The DTI’s priority sectors for active promotion in the Japanese market, includes the country’s wide-ranging Creative Sector to tap opportunities for cross-border cooperation. The Department also recently launched the Creative Economy Roadmap which envisions that “by 2030, the Philippines will be the number one Creative Economy in ASEAN in terms of size and value of our creative industries, as well as the competitiveness and attractiveness of our creative talent and content in international markets.” The scope includes six cultural domains, namely: cultural and natural heritage; performance and celebration; visual arts and artisan products; books and press; audio-visual, broadcast and interactive media; and creative services.

Dubbed the Philippine Fashion Showcase, the Philippine Consulate General’s participation and country booth at the Fashion Goods and Accessories Expo in Osaka featured designers Feanne Mauricio and Ken Samudio, two of the most celebrated and successful young Filipino designers who have both earned international acclaim with their respective line of unique and very artistic fashion. This also comes in a two-fold bid to showcase wearable Filipino contemporary art and culture into Japan’s consciousness and its lucrative fashion industry and retail sector.

The project culminated on Friday September 30, 2022 with the Fashion Philippines Networking and Business-Matching Cocktails hosted by Consul General Mauricio at Conrad Hotel Osaka that was widely attended by more than 100 guests consisting of business leaders, prime movers and members of the business sector, as well as by stakeholders of Kansai region’s upbeat fashion scene. The event was graced by Kansai Fashion Association (KanFa) Executive Director Koichi Itoi.

Feanne is a self-made artist from Manila, and her extensive portfolio is a testament to the lucrative career she’s built. She is best known as a designer, creating intricate freehand illustrations with a keen eye for natural detail, and a sensibility for the fantastica.

She creates elegant and wearable pieces featuring designs, that have been applied to intricate fabric and textile prints taking inspiration from Philippine flora and fauna. Whether as decadent kimonos, intricate logo designs, detailed paintings, or mesmerizing wallpapers, Feanne’s art is constantly evolving and taking her to exciting new places. Both the artist and the art exude a graceful beauty backed by a studiously built practice and care for the craft. Between passion and profession, Feanne embraces both equally, along with all the creative joys and struggles that come with them.

Ken is an internationally-acclaimed and prize-winning designer who is originally a biologist by profession specializing in marine biodiversity before he started creating exquisite fashion accessories. Without any formal education in fashion, he ventured into accessories design armed only with raw natural talent and determination to succeed. His unique technique explores the natural and organic forms found in nature mimicking distinct textures by using indigenous and recycled materials. He creates artworks from up-cycled beads made from water plastic bottles, recycled sea glass and other sustainable materials indigenous to his home country.

About The Philippine Consulate General in Osaka

The Philippine Consulate General in Osaka represents the Philippine Department of Foreign Affairs in Osaka and neighboring regions that form part of its jurisdiction It serves the country’s interests in its area of coverage, as well as provides consular services to Filipinos expatriates.

About The Philippine Trade & Investment Center in Osaka 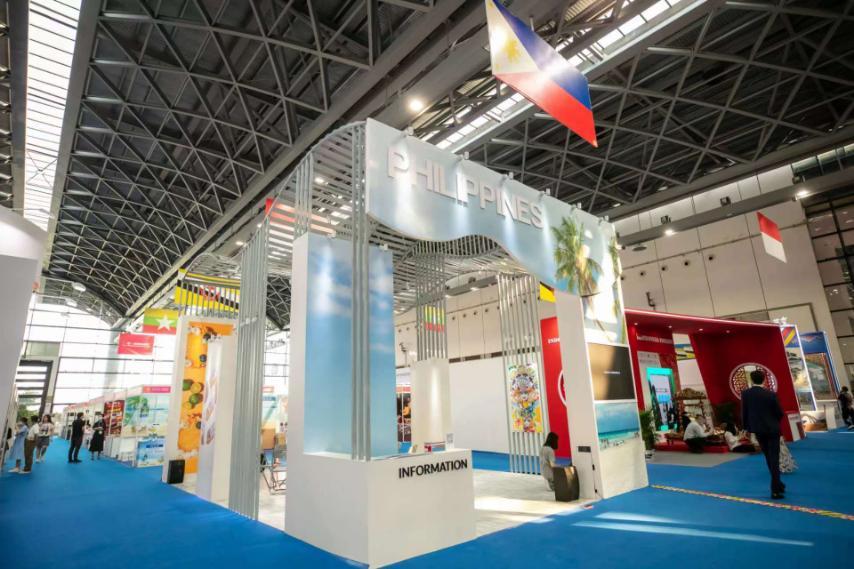 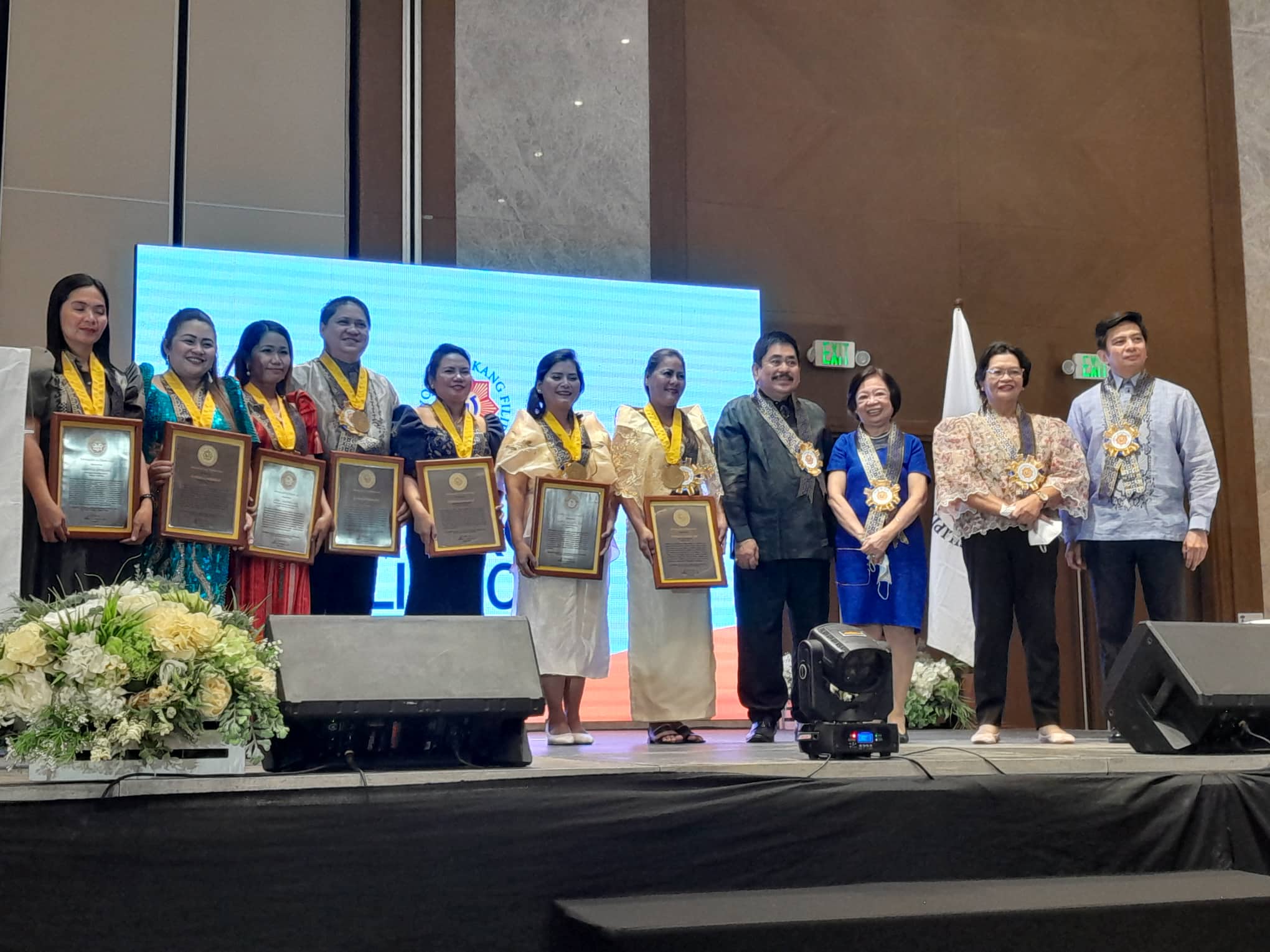