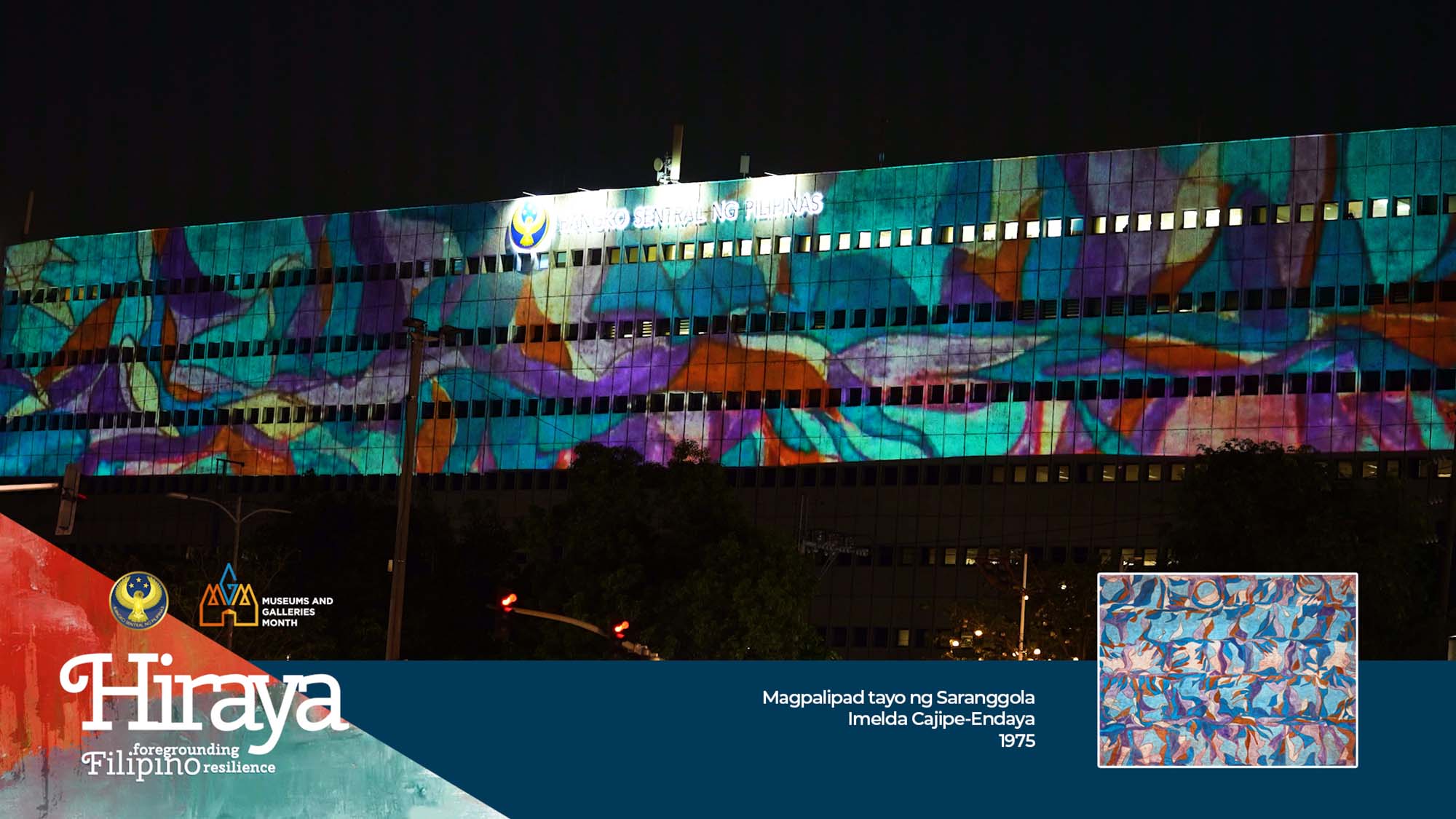 In celebration of the Museums and Galleries Month 2022, the Bangko Sentral ng Pilipinas (BSP) is projecting 10 paintings of Filipino National Artists on the façade of its buildings along Roxas Boulevard and East Avenue, Quezon City.

BSP Deputy Governor Chuchi G. Fonacier (second from right) recently led the ceremonial lighting of the Hiraya exhibit at the BSP’s head office in Manila. With her in the event were (from left) Deputy Governors Eduardo G. Bobier and Bernadette Romulo-Puyat, and Corporate Affairs Office Director Jay Edward D. Amatong. National Commission for Culture and the Arts Chairman Dr. Rene Escalante also participated in the event through a video message.

“Being the prime government arm dedicated to the promotion and development of Philippine arts and culture, the National Commission for Culture and the Arts with this vision, A Philippine Nation with a strong sense of nationhood, and deep respect for cultural diversity is grateful to the BSP for underscoring the significance of the celebration and for being our partner in bringing forth the importance of museums and galleries in the life of our nation,” Escalante said.

Museums and Galleries month is celebrated every October pursuant to Presidential Proclamation No. 798, series of 1991. For this year, the theme of the celebration is “Embracing Uncertainty: Showcasing Solidarity, Hope, and Recovery.”

Photos (attached) show the paintings projected onto the BSP’s outer wall facing Roxas Boulevard at its head office in Manila. The digital exhibit will run for the entire month of October.  ###