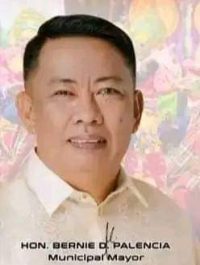 Diyaryo Milenyo
Facebook
Twitter
Pinterest
LinkedIn
Email
Read Time:5 Minute, 9 Second
BY NAOMI SENDAD
SOUTH COTABATO ––– Mayor Bernie Palencia discussed to the “Flomlokeno” what he had accomplished during his first 100 days as “local chief executive” of Polomolok, a town hosting thousands of hectares of pineapple plantations and the most populated town, next to Koronadal City, of South Cotabato province.
Mayor Palencia used his own family name “PALENCIA” in detailing his accomplishments on his “first 100 days” in office, who he stressed, a product of convergence built by executive, legislative and citizenry.
In his report, Mayor Palencia reported good governance, local revenue and income growth, livelihood, housing, environmental security, human development, educational opportunities, public safety, health care services and improved services on his town.
“Bagong Polomolok. Our slogan calls every Flomlokeno to be inspired and contribute to our common goal of attaining a more progressive Polomolok with the help of the citizenry, the elective officials –– ang 19th Sangguniang Bayan –– and all employees of the local government unit.” Mayor Palencia said.
“The Municipal Development Strategies alongside the composition of the Executive and Legislative Agenda focused on the acronym P–A–L–E–N–C–I–A. Please allow me to indulge you of the importance of those letters paired with our accomplishments and goals as one municipality,” Mayor Palencia added.
P: It refers to “Promoting good governance that is inclusive, consultative and transparent.”
Mayor Palencia reported the additional hiring of 768 job orders and 76 casual employees to ensure that the municipal government will continue to be effective and efficient. “Walang natanggal kasi competent, qualified and subok na ang kanilang public service.”
The mayor said he pushed the town’s “digitization” and “streamlining” of its internal processes by acquiring IT equipment and updating the software to all the municipal departments, adopt “flexi–work” and the workers’ health insurance coverage.
“Kasi naniniwala tayo na kung ang lahat ng trabahante natin ay masaya at kuntento sa trabaho, I assure you that the services we offer to our constituents will also be excellent,” the mayor stressed.
A: Refers to the “Advancement of revenue growth through public–partnerships focusing on the promotion of Tourism among others.”
Mayor Palencia reported that in 100 days, the LGU’s revenue collection got P9–million after addressing immediately the problems on “arrears” and identifying “common issues and concerns.”
He said the town purchased additional heavy equipment and machineries. “Segurado akong lahat ng pamumuhunang ito ay babalik sa atin in forms of revenue,” Mayor Palencia said.
“We have continuously met with different investors to further examine our growth opportunities,” Mayor Palencia said, adding that the municipality has established the groundwork for its multiplier facilities for farm animal production and the enhancement of their nursery seedling production and the physical production for rice.
He also announced the scheduled groundbreaking for the Polomolok’s Agricuture Training Institute (ATI).
L: It talks about his “Livelihood and housing programs for the marginalized.”
Mayor Palencia reported that through the town’s Public Employment Service Office, it accommodated 2,753 TUPAD beneficiaries, helped 24 jobless to be hired “on the spot” during its F’lomlok Festival and 208 others who are now undergoing pre–hiring process at various companies in the town.
The mayor also said that it allocated two (2) hectares for the LGU’s workers’ housing project, identified another two (2) hectares for Muslim cemetery in Koronadal Proper or Bentung and additional four (4) hectares for public cemetery Silway 8.
E: It highlights his “Environmental security and rehabilitation through climate change adaptation and implementing disaster risk resilience” program.
Mayor Palencia proudly announced that through the MENRO, the LGU effectively implemented its Ecological Solid Waste Management (ESWM) program.
“Meron tayong paparating na dalawang garbage compactor truck na nagkakahalaga ng P4–million at sa loob ng 100 days nakapagtanim tayo ng 2,200 na mga punongkahoy,” Mayor Palencia said.
Mayor Palencia praised the MDRRMO personnel, saying “they are really quick and efficient” in responding to emergency services with the help of the Bureau of Fire Protection personnel. The entire town is manned by three search and rescue teams consisting of 36 personnel, and reportedly served and saved 139 lives from various accidents.
N: It stands for Mayor Palencia’s act of “Nurturing, protecting, developing and empowering the citizenry especially the vulnerable population towards productivity and progress.”
In 100 days, Mayor Palencia said the Municipal Civil Registrar’s Office registered 1,867 under its e–registration program, the MSWDO, “rendered” P5.1–million worth of assistance to the residents who are in crisis situation and the Municipal Anti–Drug Council (MADAC) posted a “high functional level” status in the province.
C: It describes Mayor Palencia’s efforts to “Create educational opportunities.”
Mayor Palencia said he is continually finding partners to provide educational opportunities for the young people, including the Muslim children. He proudly informed the people that the construction of “Madaris” buildings in Barangay Sumbakil is soon to be completed.
Also, praised the 19th Sangguniang Bayan (SB) for passing the ordinance institutionalizing the Tupad Pag–Asa (Tulong Pa–Esjwela sa Dunong ang Pag–asa) scholarship program of LGU–Polomolok.
The scholarship program will provide P10,000 per year to students of Junior and Senior High School, P15,000 per semester (or P30,000 per year) for college students and P20,000 per year for post graduate students taking masteral or doctoral degrees.
I: It speaks about the mayor’s “Implemented public security plan for the entire municipality.”
Mayor Palencia said the town’s public market is now “free of gambling” and pleaded to the small town lottery operators to stop their operations. He was able to establish a new local public transportation route plan for the benefit of both the drivers and the passengers and enhanced the tricycle franchising and regulatory board programs.
Mayor Palencia said the LGU–Polomolok is working closely with the security forces, like PNP, SWAT, the AFP’s Special Forces and other peacekeeping elements, for the safety of the entire municipality.
A: It refers to Mayor Palencia’s “Assistance through enhanced and comprehensive health care services and modified socials services that cater to all.”
Mayor Palencia also highlights what he had done in delivering comprehensive health care services that benefit the residents of Polomolok. ### 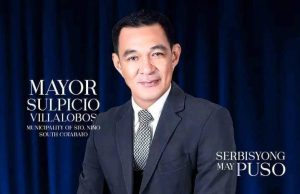 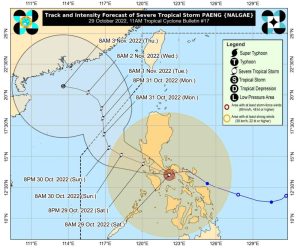 Certification Recognizes iQor’s Excellence in Employment Practices iQor has earned the Great Place to Work® Certification™ in the Philippines for...