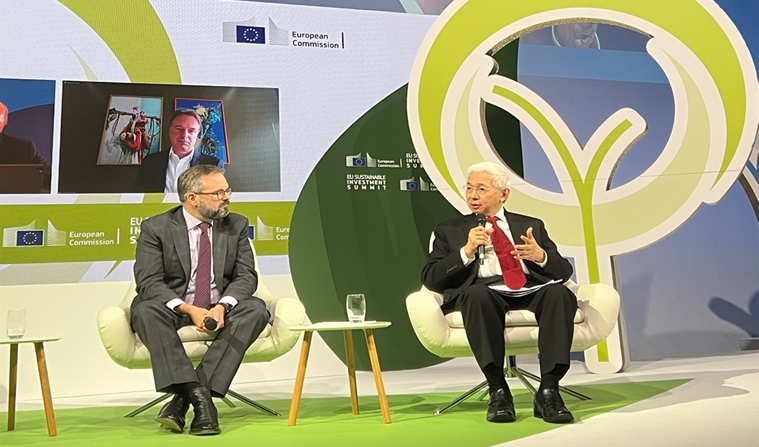 BRUSSELS, BELGIUM— Acknowledging the critical role that innovation and research and development (R&D) plays in terms of policy implementation, Trade Secretary Fred Pascual emphasized that regulations are not enough to curb carbon emissions and promote a sustainable economy during the first panel session of the European Union (EU) Sustainable Investment Summit with a theme “Striving for Transparency Globally” held on 28 October 2022 in Brussels, Belgium.

“We have seen other situations in the past wherein regulations ended up in a back-sticking exercise to measure compliance but actually, what we need to see is performance. For performance to happen, we need to inject innovation that will drive performance towards greater heights. Regulations are important but it should not stop there. We need to go from compliance to performance, and that’s where R&D comes in”, the Trade Chief said.

The Summit focused on the EU regulatory frameworks that were put in place such as the Action Plan on Sustainable Finance and the Strategy for Financing the Transition to a Sustainable Economy. Both aim to promote transparency and create a harmonized reporting system on sustainable finance in the European Union. Similar frameworks in other countries that promote sustainability and affect businesses and investments were also tackled during the Summit.

Meanwhile, in her opening message, President of the European Commission Ursula Von der Leyen expressed the EU’s commitment to finance public and private investments that will not only drive economic growth but will also create a positive impact on research and innovation for low carbon economy. The EU aims to build a more sustainable economy amid global disruptions such as the Russian invasion of Ukraine. 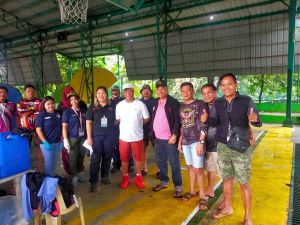 The Department of Trade and Industry (DTI) through the Export Marketing Bureau (EMB), in partnership with the Export Development...

MAKATI CITY— In his closing remarks during the second and last day session of the Pilipinas Conference 2022 held on...