BRUSSELS, BELGIUM— Trade Secretary Fred Pascual delivered a strong message of commitment to the EU-PH partnership in trade and investment before the EU Parliament Committee on International Trade on 27 October 2022. He presented in the European Parliament in Brussels during this critical last month of the monitoring process for the renewal of the Philippines GSP+ preferential status.  Manifesting willingness to work closely with the EU, Secretary Pascual highlighted EU-GSP+ support in improving bilateral relations and socio-economic development in the Philippines, as well as policies and programs of the new administration that reaffirms the country’s compliance with international conventions.

The Generalized Scheme of Preferences Plus (GSP+) is an incentive arrangement that grants the Philippines zero tariffs on 6,274 products or 66% of all EU tariff lines. This preferential trade is maintained, while the country upholds its commitments under the GSP+ select 27 international conventions on human rights, labor, good governance, and environment.

“The Philippines is an attractive investment destination given its solid macroeconomic fundamentals, enabling policy environment, and young and trainable workforce. With a stable and predictable political regime, our country is well-positioned in the Indo-Pacific to become a regional hub for manufacturing, innovation, training, and education,” Secretary Pascual said.

The Trade Chief recognized the EU as one of its top partners in trade and investment, attributing the EU-GSP+ as an enabling factor to attain this. Since the Philippines’ successful application to the GSP+ in 2014, the country has benefited from increased market access to the EU. Philippine exports to the EU climbed from EUR5.3 billion in 2014 (under the standard GSP) to EUR7.77 billion in 2021. In 2021, the Philippines recorded its highest utilization rate at 76% of total eligible exports, including tuna, processed fruits, and spectacle lenses.

The GSP+ has benefited EU companies as well, as they invest in manufacturing facilities in the Philippines to take advantage of the country’s extensive and expanding domestic market as well as its network of FTAs, which includes those with ASEAN. They have also gained from relatively lower cost of raw materials.

Further, he identified significant developments in the Philippine landscape—change in government leadership, transition to a preventive and rehabilitative anti- illegal drugs campaign, assurance of press freedom, and a vow to combat climate change, all of which indicate that the country is set on pursuing good governance and building back better.

“Given the foregoing and the values and principles we share, the Philippines remains interested and therefore ready to work toward the resumption of negotiations of the Philippine-EU Free Trade Agreement (FTA). A 2020 study shows that 83% of German companies want to resume the FTA negotiations, citing huge potential for EU companies, with the FTA positively affecting competitiveness,” he added.

Lastly, the Trade Chief expressed the Department of Trade and Industry’s strategic initiative to promote regional industrialization through innovation and entrepreneurship. Seeking to translate benefits from trade and investment into programs that will improve the quality of life of Filipinos, Secretary Pascual continued, “we will go town by town, city by city, province by province and region by region, making sure that no one is left behind.” He looks forward to a continuing PH-EU partnership in driving investments and making it happen in the Philippines. END. 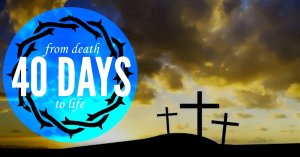 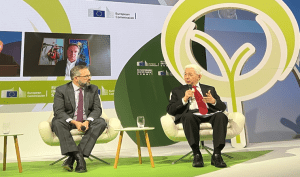 Next post DTI CHIEF: REGULATIONS NOT ENOUGH, PUSHES FOR R&D AND INNOVATION