HONG KONG—Trade Secretary Fred Pascual highlighted the critical role that the Philippines plays in bridging ASEAN countries in terms of regional trade during the inaugural opening of the Hong-Kong ASEAN Summit 2022, held on 3 November 2022.

“The Philippines as a gateway to other ASEAN countries makes our country an ideal complement to Hong Kong and mainland China businesses that seek expansion in the Southeast Asian region”, Secretary Pascual said.

Despite the global economic disruption brought by the pandemic, the Trade Chief shared that the Philippines remains one of the strongest performers in the region. With its strategic location in the Indo-Pacific area, the Philippines has a growing potential as the center of trade and commerce.

Further, in promoting an enabling environment for foreign businesses, the Philippines has implemented the Ease of Doing Business (EODB) law and made amendments to the Public Service Act (PSA), Retail Trade Liberalization Act (RTLA), and Foreign Investments Act (FIA).

During the Summit, Secretary Pascual also tackled the Philippines’ industrialization strategy that will be driven by science, technology, and innovation (STI), providing attendees, with a look into DTI’s initiatives in terms of industrial transformation and the repositioning of the country in the global value chain.

The Hong Kong ASEAN summit brought together business executives and policymakers from Hong Kong, China, and other regional communities to converse and deliberate on Hong Kong’s future as a super-connector with China and the ASEAN region. Likewise, it marks Hong Kong’s 25th year as a Special Administrative Region (SAR).

Highlighting the critical role that Hong Kong plays as a top trading partner of the Philippines, Secretary Pascual said, “We intend to continue building strong economic ties with Hong Kong through discussions in our Joint Economic Committee. We recognize Hong Kong’s unique role as a super-connector in the trade relationship between the Philippines and Mainland China.”

More opportunities are offered by several free trade agreements (FTAs) in place such as the ASEAN Trade in Goods Agreement, Philippines-Japan Economic Partnership Agreement, Philippines European Free Trade Association (EFTA) Agreement, as well as the incentive arrangement for Philippine exports under the EU GSP+. DTI also looks forward to the ratification of the Regional Comprehensive Economic Partnership (RCEP) that will further expand the market access of Filipino products and boost exports.

In closing, the Trade Chief expressed the Philippines’ willingness to explore public-private partnerships (PPPs) which are expected to facilitate the delivery of high-quality services and promote increased competitiveness. END. 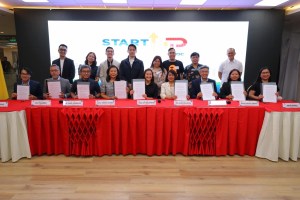