The Department of Social Welfare and Development (DSWD) joined the unification efforts among government agencies, the private sector, and multi-stakeholders during the National Indigenous Peoples (IPs) Summit held on November 16 at the Armed Forces of the Philippines Commissioned Officers Clubhouse in Camp Aguinaldo, Quezon City.

“This summit serves as a call to action for the government, the private sector, and other stakeholders to address the institutional and structural gaps in governance that make the indigenous peoples one of the most underrepresented and underserved sectors in the Philippine Society,” DSWD Undersecretary Alan Tanjusay said as he delivered the message of Secretary Erwin T. Tulfo.

Through the National IP Summit, various sectors were able to express their support and commitment towards helping the Indigenous Cultural Communities and Indigenous Peoples (ICCs/IPs) fulfill their significant role in nation-building.

A pledge of support and manifesto of peace, unity, and development for the Indigenous Communities and their ancestral domains was signed by the National Commission on Indigenous Peoples (NCIP) alongside other concerned offices and the IP leaders.

Meanwhile, the Department, as the supervising agency of the NCIP, recognized the efforts of the Commission in advancing the interests of the ICCs and IPs across the country through the first-ever National IP Summit.

“The DSWD is one with all of you in this noble convergence effort to mainstream our IP brothers and sisters into our society so that they can exercise their rights to self-governance and secure their ancestral domains and ancestral lands,” Usec. Tanjusay added.

With the theme, “Building Families, Building Ancestral Domain/Ancestral Land Communities and Building the Nation,” the event was an outcome of the long-standing commitment between the public and the private sector in operationalizing the 11 building blocks of ancestral domains.

It was attended by 101 Indigenous Cultural Communities from different parts of the country. ### 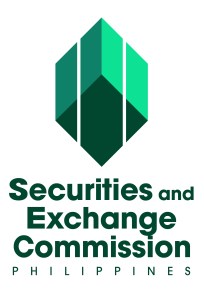