Breathe in, breathe out. Are you ready to delve into our memories, dear scholar?

The University of the Philippines Department of Science and Technology Scholars’ Association is proud to introduce Salve: The 43rd Anniversary of UP DOST SA.

With its prime theme “Salve“, the UP DOST Scholars’ Association celebrates its 43 fruitful years of scientific, socio-academic, and service-centric activities, through a series of events catered towards the scholars, who are now emerging from and adapting to a new normal after the past two years of the pandemic.

Kicking off the month-long event is the Thanksgiving Mass on November 4th, held to channel the organization’s appreciation for a successful 43 years and the anticipation for years to come.

The next event on November 19th, dubbed “PopSciCLe: Hello, Pandemic, Goodbye”, is an online trivia quiz show that is open to undergraduate students from all over the country, which focuses on science, culture, and literature, specifically pandemic pop culture.

On November 26th, UP DOST SA urges scholars to travel back in time to previous years with “Ex Libris: Tracing the Roots III”, an anniversary night event showcasing the archived pictures and memories that mirror the progress and growth of the organization.

On the same night, “Portrait (43T): A Celebration of the 43rd Anniversary of UP DOST SA”, an anniversary dinner and alumni homecoming event, will be held to commemorate the programs and initiatives of the organization.

Finally, on December 3rd, the organization holds “SArprise: Mahika o Siyensya”, otherwise known as Sponsor-a-Kid or SA Kid. This outreach program is a way for the organization to give back to the community by inspiring the Filipino youth to look into the science and technology sector through inspiring talks.

Let’s take this month as an opportunity to create precious memories as we walk down memory lane with UP DOST SA! 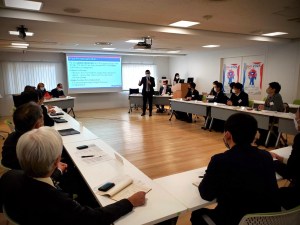