Secretary Fred Pascual, the chief of the Department of Trade and Industry, currently serves as the Chair of the Board of PEZA under Republic Act No. 7916 or the Special Economic Zone Act. The law distinguishes between the functions of the PEZA Board and that of the PEZA Director General. The Board is mainly concerned with general policies on establishing and maintaining economic zones. The Board Chair is not directly involved in PEZA’s day-to-day operations, such as human resource management.

Thus, Secretary Pascual was not aware of the pending complaint of four PEZA employees against the PEZA Management until the night before his 6 December scheduled hearing before the Commission on Appointments (CA) when the CA Secretariat provided him a copy of the complaint filed with the CA.

Yesterday, 7 December, Secretary Pascual, as PEZA Board Chair, asked PEZA OIC Director General (DG) Tereso Panga to submit a written explanation on the complaint by PEZA employees. Further, the Secretary will conduct an inquiry into the complaint.

On the other hand, the assumption of PEZA OIC DG Tereso Panga was based on Memorandum Circular No. 1, s. 2022, issued by the Office of the President. The circular declared vacant several positions in the government and mandated that the next-in-rank and most senior official fill up the vacant position as Officer-in-Charge (OIC).

The Department of Justice (DOJ) has issued DOJ Opinion No. 17, s. 2022 affirming that the assumption of Deputy Director General (DDG) Panga as PEZA OIC DG is legal and valid. According to the DOJ Opinion, “Since the position of DG was declared vacant pursuant to MC No. 1, the DDG, as the next-in-rank and the most senior official, validly assumed office as OIC DG of PEZA, and shall continue to perform such functions until 31 December 2022, or until a replacement has been appointed, whichever comes first.”

The Philippine Economic Zone Authority (PEZA), as an attached agency of the Department of Trade and Industry (DTI), aims to promote the establishment of economic zones in the country to attract foreign investments. PEZA is also tasked to extend assistance, register, grant incentives to, and facilitate the business operations of investors in export-oriented manufacturing and service facilities inside Special Economic Zones. 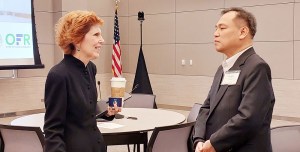 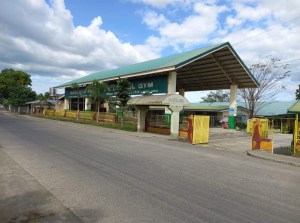