MANILA—Trade and Industry Secretary Fred Pascual has initiated the partnership with Google for 4,000 scholarships in the Google Career Certificate Courses on IT support, project management, data analytics, and UX design. This presents an opportunity for young entrepreneurs and underserved communities, including low-income and vocational students and college drop-outs, to participate in the digital economy.

Earlier, on 11 November 2022, Secretary Pascual issued the IRR of Republic Act No. 11904 or the Philippine Creative Industries Development Act. In May, DTI released the Joint Department Circular for Cylinders Exchange, Swapping, and Improvement Program, the IRR for Republic Act No. 11592 or the LPG Regulation Law.

Further, since his appointment, Secretary Pascual raised about USD18 billion foreign investment pledges during the presidential visits in Indonesia, Singapore, and the United States, performing well as the country’s chief marketing officer.

The Trade Secretary was part of the Philippine delegation to the state and official visits of President Ferdinand R. Marcos Jr. to attract investments in the country. It is estimated that these pledges, once actualized, will generate thousands of jobs.

“These investment pledges are in industries of strategic importance, including the establishment of data centers, digital connectivity, renewable energy, textiles and garments, construction, among others”, Secretary Pascual boasted.

“The Fiscal Incentives Review Board, in its meeting on 14 September 2022, decided on a seamless transfer of registration from one Investment Promotion Agency to another (from PEZA to BOI) to allow up to 100% WFH arrangement without reduction on existing incentives. It is ensured that the mechanism for this should be less burdensome for the Registered Business Enterprises (RBEs) and be done expeditiously”, Secretary Pascual said. He co-chairs the Fiscal Incentives Review Board (FIRB) with Finance Secretary Benjamin Diokno

Moreover, between July 1 and October 8, the Board of Investments (BOI) has approved PHP125.9 billion worth of investments with potential to generate over 9,000 jobs.

During the initial stage of his stint as DTI chief, Pascual also formulated the country’s Science, Technology, and Innovation (STI)-driven Industrialization Strategy 2022-2028, which serves as the framework for the Philippine economic recovery initiatives with an aim of attaining a resilient, sustainable, and inclusive economy by 2028.

The country’s industrialization strategy focuses on handholding the biggest majority of its constituents—the MSMEs as they navigate a rapidly changing market and the consuming public.

According to DTI’s report, “MSMEs comprise the overwhelming majority of Philippine business. To hasten the digital transformation of the backbone of the country’s economy, DTI enabled 43,878 MSMEs to adopt e-commerce through online transactions and cashless payments, onboarded 981 MSME sellers with 4,635 products to digital malls and marketplaces, and mainstreamed 413 MSMEs through the Go Lokal! Program”.

Meanwhile, on the consumer welfare front, Secretary Pascual has continued to work on guaranteeing sufficient food supply at reasonable prices, safe and quality products in the market, and efficient resolution of consumer complaints.

From July to October, he also monitored sugar prices that allowed consumers to have access to affordable sugar. As of date, DTI has organized 7 runs of Diskwento Caravan Balik Eskwela-Presyong Risonable Dapat (Frozen Meat Edition) in 7 NCR cities, conducted 26 inspections and 63 factory audits, issued 13 Show Cause Orders, and tested 726 samples.

Relative to consumer protection, the Department has also issued Suggested Retail Price (SRP) Bulletins for basic necessities and prime commodities (BNPC) and a Price Guide for Christmas staples, ensuring that Filipino consumers will have access to reasonably-priced goods this holiday season. END. 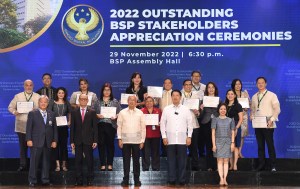