MANILA—Recognizing the importance of a deeper economic integration under a rules-based system of international trade, Department of Trade and Industry (DTI) Secretary Fred Pascual emphasized the need for the urgent ratification of the Regional Comprehensive Economic Partnership (RCEP) in the Senate Committee on Foreign Relations hearing on the RCEP Agreement held on 12 December 2022.

“If we examine the RCEP agreement, more than talking about lowering of tariff rates, the agreement covers, among others, customs procedures, trade facilitation, standards, technical regulations and conformity procedures, trade remedies, investments, services, e-commerce, competition, SMEs, and even economic and technical cooperation. This means that in those areas covered by the RCEP agreement, businesses and investors can rely and expect that certain policies will be adopted and implemented in the RCEP region with a certain degree of uniformity”, Secretary Pascual added.

Further, he also addressed the concerns raised on RCEP further opening the Philippine market, which is causing fears given the potential surge of imports negatively affecting local producers. The Trade Chief reassures local producers by noting the strong commitment between RCEP members to maintain fair trade among one other.

Likewise, producers can be further reassured that the issue on market access and influx of products is a minimal concern since the Philippines already has existing trade relations with RCEP members through ASEAN+1 FTAs.

“I just want to stress that the Philippine market is already open, and trade has long been liberalized through our regional trade agreements in ASEAN such as with Australia, New Zealand, China, Korea, and Japan”, Secretary Pascual mentioned.

The hearing was led by the Chairperson of the Committee on Foreign Relations, Sen. Imee R. Marcos. Attendees included Vice Chairperson, Sen. Francis “Tol” N. Tolentino, as well as the Committee Members. Meanwhile, the DTI side was composed of Secretary Fred Pascual, Assistant Secretary Allan B. Gepty, and the BITR-Regional Relations and Arrangements Division. END. 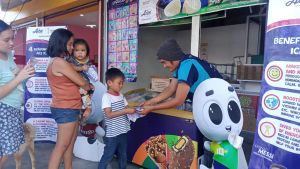 Previous post Barangays, together with ice cream brand, Aice plan on distributing free ice cream to more than 2 million people nationwide to give cheerfulness in time for the holiday season 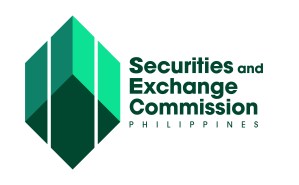 Next post SEC SETS DEADLINES FOR SUBMISSION OF ANNUAL REPORTS